SpaceX is set to send their unmanned Dragon capsule to the International Space Station on March 1, where it will launch from Florida's Cape Canaveral Air Force Station. 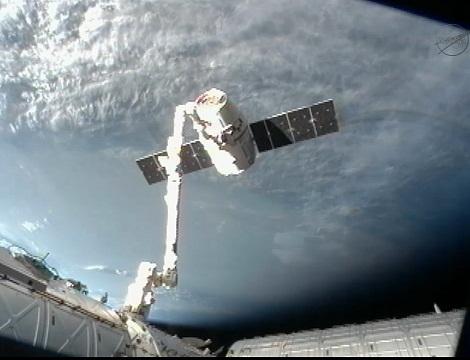 Dragon will launch at 10:10am EST (1510 GMT) on March 1, docking with the ISS a day later. SpaceX's Dragon will be toting 1200 pounds of supplies and scientific experiments to the ISS, and will return to Earth just over three weeks later on March 25, splashing down in the Pacific Ocean, just off the coast of Baja California, bringing with it 2300 pounds of experimental samples and equipment.

This will be SpaceX's second contracted cargo mission to the ISS for NASA, and overall, their third visit. SpaceX has a $1.6 billion deal with NASA to make 12 similar flights with their Dragon and Falcon 9 rockets.