Nintendo has announced that they are running a 3DS eShop promotion for the next six weeks. Six eShop games will be discounted, one at a time for a week at a time. The first sale runs until February 21 and will see users being able to buy BIT.TRIP.SAGA for just $9.99. 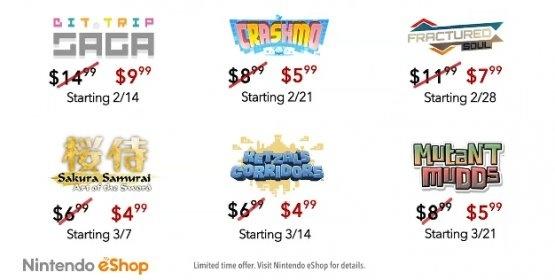 In Europe, retail games will also be put on sale with the first game being The Legend of Zelda: Ocarina of Time 3D being available for just 19.99 pounds or 29.99 euros until February 21.