While some people are still stuck using 3G, including most Sprint users, many countries around the world have been upgraded to 4G LTE. OpenSignal, a company that crowdsources signal maps for different carriers around the world, is reporting that Sweden's LTE is the fastest in the world. 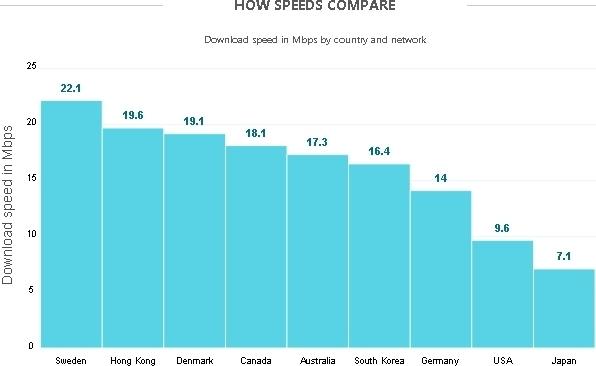 Unfortunately for users in the United States, our LTE speeds come in at eighth overall. Above us is Sweden, Hong Kong, Denmark, Canada, Australia, South Korea, and Germany. After Germany, the speed really drops off from 14 Mbps to 9.6 Mbps in the United States. Japan follows behind us with 7.1 Mbps.

Part of the reason for this could be due to carriers in the United States only having access to 20MHz of spectrum for their network. In Sweden, and most other countries, carriers have double that amount available, which gives them more bandwidth. If you're on 4G LTE, what's the fastest speed you've seen?