The Raspberry Pi Foundation has confirmed that they will be making a camera available for the pint-sized PC. The Raspberry Pi camera will come in at $25, which is the same price as the cheaper Model A Raspberry Pi that is available in Europe. The camera looks to be a 5-megapixel piece and will be capable of recording HD videos. 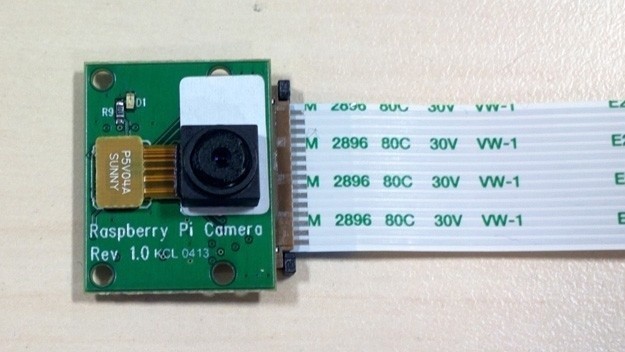 Not much else is known about the camera module, other than it the picture above is what the final product will look like. The Raspberry Pi Foundation says that it can take "pretty good" pictures right now, but the driver needs to be tweaked a bit and the product won't be released until it can take pictures that are "bleedin' marvelous."