Apple has just released the iOS 6.1.1 beta 1 build to developers. The thought on my mind, and likely many others, is whether or not it patches the exploits used by the recently released Evasi0n jailbreak tool. We'll have to wait just a bit for the developers to dive into the operating system, but I have a feeling they haven't pushed out patches quite yet. 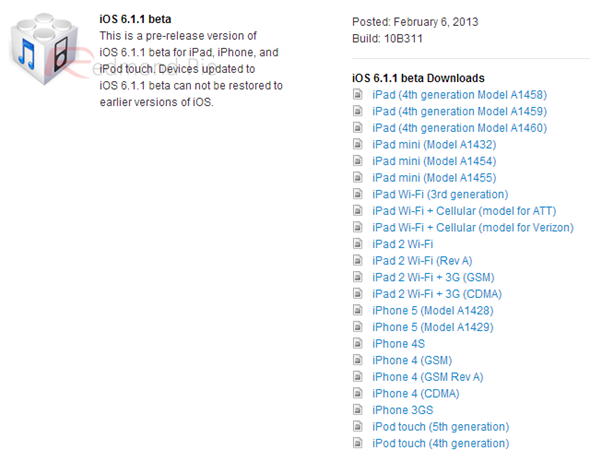 If you're a developer, you can download the latest iOS 6.1.1 beta 1 build from the Dev Center. The new version of iOS brings with it improvements to the mapping of Japan. Pronunciation of roads, optimization of routes, and other tweaks have been included in the new beta build.

If you have access to the beta, it's not recommended to upgrade a jailbroken device as 6.1.1 could break the jailbreak. For everyone else, the release of this beta means iOS 6.1.1 isn't too far off in the distant future.