Facebook wants to support its developer base so users have more reason to stay on the site and come back often. Developers create the apps, such as Zynga's Farmville, that help create user interaction and retention. The longer you stay on Facebook's site, the more ads they are able to serve you. 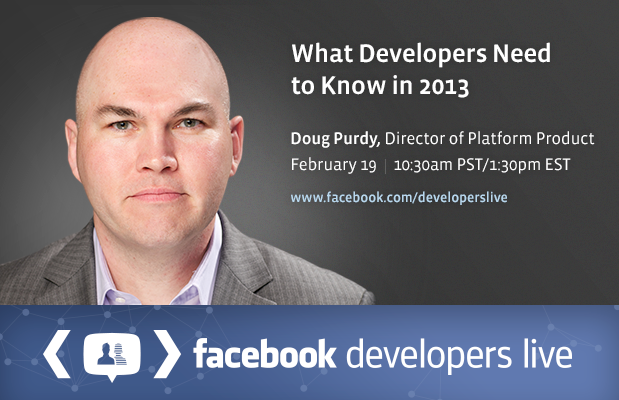 The first Developers Live will feature Doug Purdy. He will be discussing "the top 3 things every mobile developer needs to know in 2013." It appears that registration is needed for the events as Facebook reminds you to "be sure to register for the event." You can find more information and the videos at Facebook's Developers Live site.