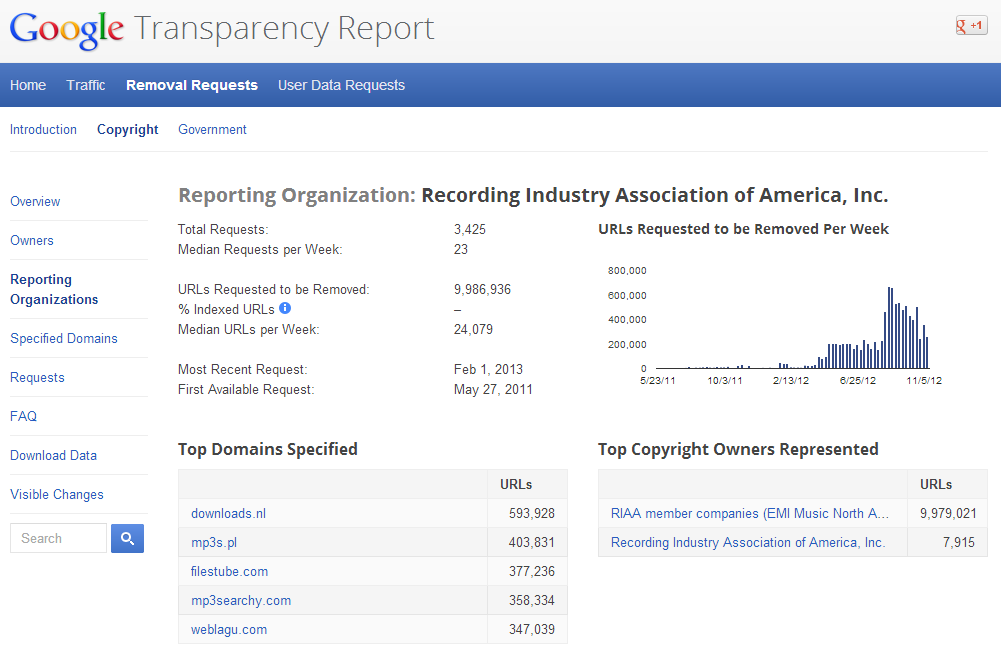 The exact number of URLs requested to be removed sits at 9,986,936, with their most request request just days ago on February 1. The offending sites? Well, the top five domains are downloads.nl, mp3s.pl, filestube.com, mp3searchy.com and weblagu.com. The top copyright owners represented are the RIAA member companies, requesting virtually all of the near-10 million, with 9,979,021 URL takedown requests, with the RIAA requesting just 7,915 be taken dwon.