The image below has been posted by developer Francois Beaufort, which shows a Chrome OS desktop with a notification system and a new app icon that hasn't been seen before. 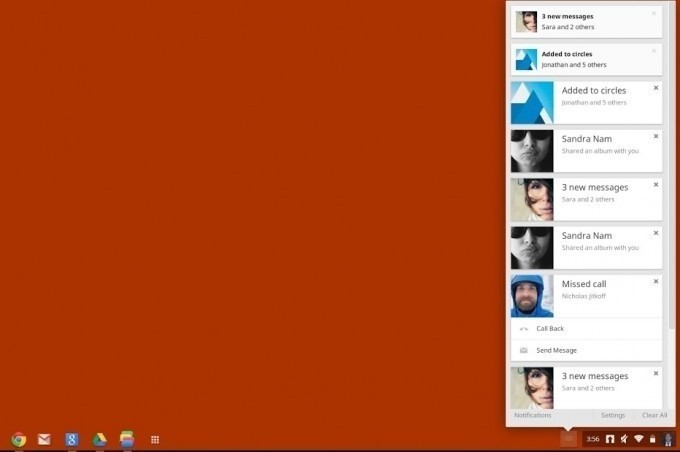 The first four icons we are all familiar with, but that last icon - is different, showing four cascading Google-themed chat boxes. This screenshot alone opens up Pandora's box, and now we can begin to try and work out what this icon means. Could we see see a new unified messaging service from Google? We could just be looking at something new, and not a messaging system, but something to do with Google+ Messenger, or similar.

If we are looking at a world of Google releasing a unified messaging system, it would really change things for Google and their Android platform, that's for sure.