HP has officially unveiled and launched the Chromebook Pavilion 14. Based upon Google's Chrome OS, this new Chromebook is built by the world's largest PC maker and shows that Chromebooks could be here to stay. The 14-inch laptop is priced at $329.99, the same as an iPad mini, and is above the pricing of other available Chromebooks. 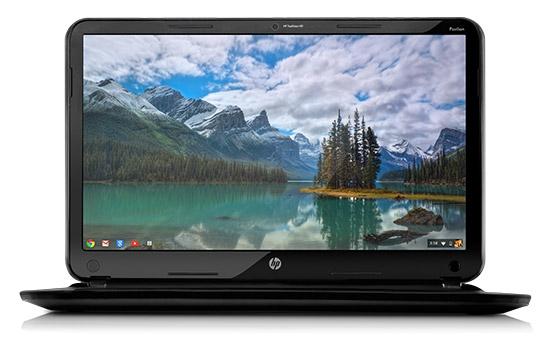 So, what exactly do you get for that extra cash? Not much, actually. The screen is the largest of any of the available Chromebooks, but the Celeron processor is actually a step down from the Samsung Chromebook 550's Core processor. Other than that, most of the Chromebooks share similar components.

The Pavilion 14 comes with a 16GB SSD, 2GB of RAM, a 1366x768 screen, and a 4-cell battery, which is said to provide up to 4 hours and 15 minutes of battery life. It's not clear why someone would pick the Pavilion 14 over some of the other available Chromebooks. Other than brand and price, the devices are all very similar.

You can buy the new HP Pavilion 14 Chromebook on HP's website.