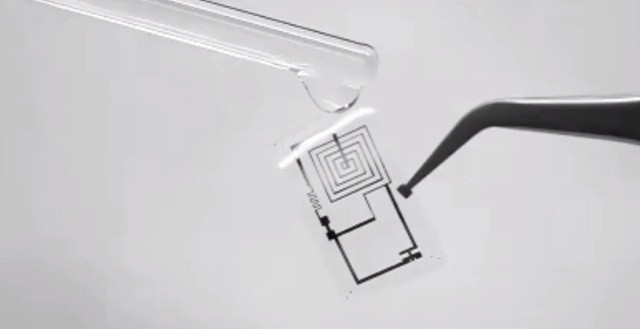 DARPA believe that it is "nearly impossible" to both track and recover all of the electronic microsystems that the military distributes, as well as the greener side of things with the environmental aspect to be careful of. The best way would be to feature dissolvable electronics where they would set a program, or a remote trigger, or a trigger that responds to the environment - and voila - it would dissolve. DARPA hopes to see their devices "reabsorb into the body", which would be electronics that soldiers would wear, that allows them to be monitored in the field, and then dissolve into their bodies when their use-by date has been reached.

This technology won't be here tomorrow, so DARPA have invited scientists and manufacturers to something they call a "Vanishing, Programmable Resources (VAPR) Day", on Valentine's Day. DARPA hopes to use VAPR Day to introduce the technology to the science and technology community, "facilitate interactions" between people who have the ability to develop the technology and those who need the technology. DARPA will also hope to get hands shaking between organizations that have the skill set and financing to help out the VAPR product.