Iranian media outlets are reporting that Iran has successfully sent a monkey into space. Reports from the AFP state that the monkey made it to an altitude of 75 miles before returning back home safely inside a space capsule. 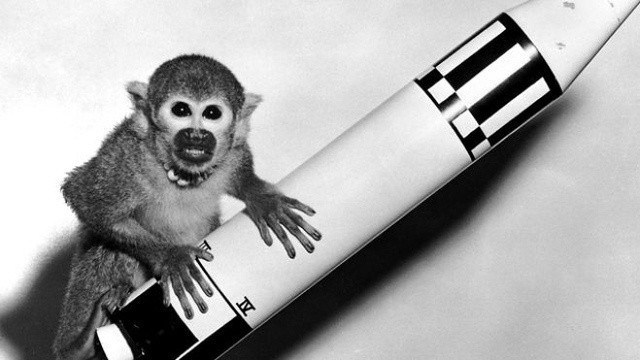 "Iran successfully launched a capsule, codenamed Pishgam (Pioneer), containing a monkey and recovered the shipment on the ground intact," the defense ministry's aerospace department said in a statement. This is a major leap forward for Iran's space program and paves the way for its plans to send a manned mission to the moon.

This is not the first time Iran has sent living creatures into space; the country has previously launched a ten-foot research rocket carrying a mouse, two turtles and some worms. Today's news adds credence to its ongoing mission to send a human to space by 2020, and to have an astronaut on the moon by 2025.