ETOnline has managed to get the first clip of Ashton Kutcher playing Steve Jobs in the upcoming film "JOBS." In the clip, seen below, Steve Jobs is trying to convince Steve Wozniak that the operating system created by the latter is something that everyone will eventually want.

The line "How does somebody know what they want if they've never even seen it?" said by Steve Jobs eventually became the mantra that Apple created by. They created products that most people had never seen before, or reinvented products into new forms, basically creating markets for themselves.

Ashton Kutcher appears to do a good job portraying the late Steve Jobs, who passed away in October 2011 at the age of 56. The film will be released April 19, 2013, as April 2013 is the 37 anniversary of the founding of the Apple Computer Company. What are your thoughts on the clip? 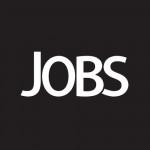