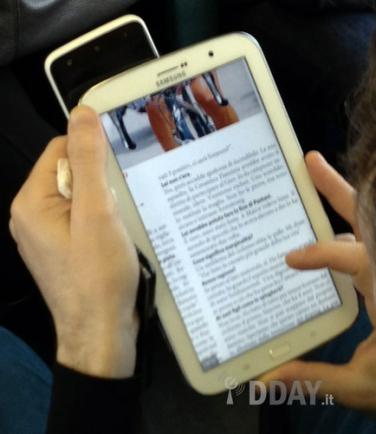 The pictured device looks similar in design to the popular Galaxy S III and even resembles the Galaxy Note II somewhat. An S-Pen slot seems to be seen at the bottom right corner. Reports are "confirming" that the rear camera will be flash-less and that the screen is a 1200x800 model of unknown pixel density.

The photos are a bit blurry, but the device is definitely something we have not seen before. It really makes us wonder if companies like Samsung, Apple, and HTC build one off variants of the upcoming models just to throw off insiders who leak information to the press. We'll just have to wait and see.