Google's semi-annual Transparency Report has been updated today and the new data shows that requests for data from the search giant continue to increase. The US government leads the way in requesting data from Google. In fact, the amount of data requests as increased by more than 70 percent since 2009. 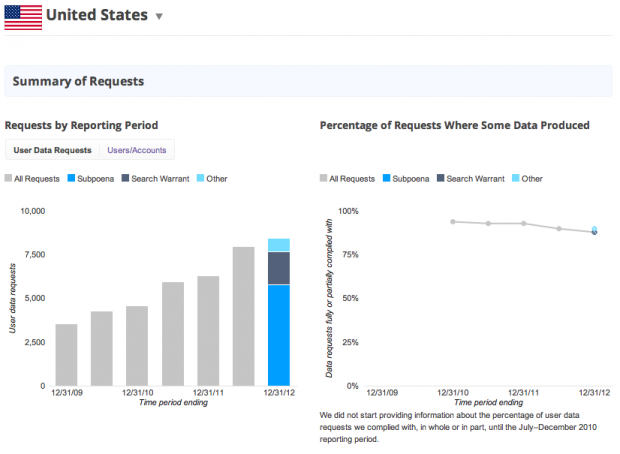 India was the next highest on the list, but only requested about 25 percent of what the US did. They made 2,400 requests about roughly 4,000 users. France, Germany, UK, and Brazil round out the list of governments who put in more than 1,000 user data requests.

Google has pushed on other companies to put forth similar data sets. Facebook would be a really important report, if they were to issue one. However, they say that "We do not have any immediate plans to release a report, however, we have been working diligently on meaningful transparency such as the Law Enforcement Guidelines in the Help Center and our work with the Digital Due Process coalition to ensure the privacy of our users. While we will continue to evaluate our plans in this area, we devote our primary efforts to auditing every request we receive to ensure the strictest compliance with law."