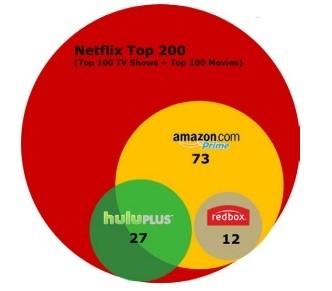 The graphic above shows that Netflix believes they are the best when compared to the competition. These stats are based upon its 200 most popular TV shows and movies, of which the competition reportedly doesn't offer more than 73 of.