Kodak has taken a beating recently that can only be described as "epic." There is a chance to own a new digital camera bearing the spiraling company's name, though. JK Imaging has just unveiled its Kodak-branded S1 Micro Four Thirds camera. 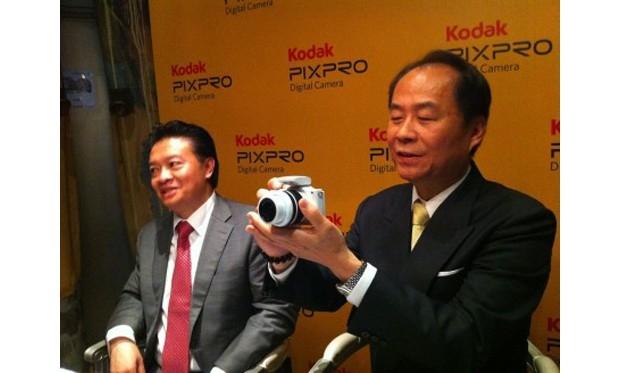 JK Imaging bought the Kodak brand for it's own line of cameras and the S1 is its first product released under the Kodak name. We tried searching for a detailed specifications list, but it seems that any info about this new camera is being kept a well guarded secret.

At this point all we do know is that it will have built-in WiFi, and most likely it will bear a Sony-made CMOS sensor. Word on the street is that the S1 will launch sometime in Q3 of this year and as soon as we have more info we will pass it along.