Diablo III's Game Director, Jay Wilson, has announced through the Blizzard forums that he is leaving his post. Wilson has been in this position for seven years now, and is looking to move on as he has "reached a point creatively where I'm looking forward to working on something new". 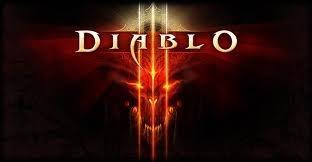 Wilson will now move from the Diablo III project and onto something else within the company, so this definitely isn't hit resignation from the company. Wilson cites that he wasn't the only person working on the project and there are still many committed employees of Blizzard tweaking and working on Diablo III to continue to impress fans.

Wilson finishes his post by telling the world that patch version 1.0.7 is on its way, and that there are "many other great things brewing for Diablo in 2013". He finishes his post with something personal, and witty:

You are the most passionate, dedicated group of gamers a designer could hope to have. I wish you all the best, and want to thank you for making this an amazing experience for me. Keep your axes sharp, your spell books handy, and that crafty devil in check.