NewsReviewsArticlesGuidesGamingAsk the ExpertsNewsletterForums
GIVEAWAY: Get in the game with XPG - keyboard, headset and mouse pad
Science, Space & Robotics

Earlier this week, I reported on NASA's plans to add an inflatable habitat module to the International Space Station. Today the space agency has released photos and a simulation animation on how the module will connect to the ISS. 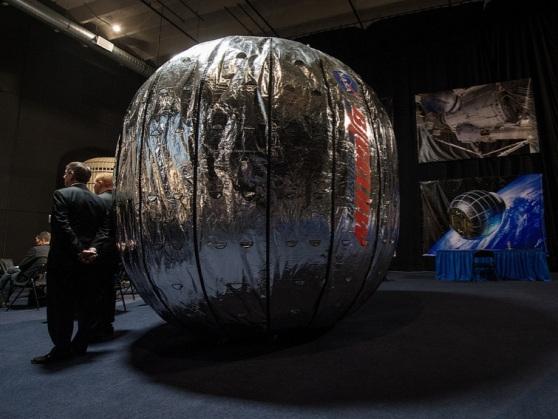 Officially named the Bigelow Expandable Activity Module, or BEAM for short, the module will test expandable space habitat technology. While early reports showed the module as being quite large, the photo above is said to depict the actual size of the module that will fly into space.

BEAM is scheduled to launch on SpaceX's eighth cargo resupply mission to the ISS, which has been contracted by NASA for some time in 2015. As seen in the video above, astronauts will use the stations robotic arm to install the inflatable BEAM module and a two year test of the module will commence.