AMD is on the offensive claiming that ex-employees have provided NVIDIA with stolen documents containing some of AMD's most sensitive trade secrets. NVIDIA hired away former AMD executive Robert Feldstein, a person that was instrumental in getting AMD's graphics chips into the Xbox 360, PlayStation 3, and Nintendo Wii. 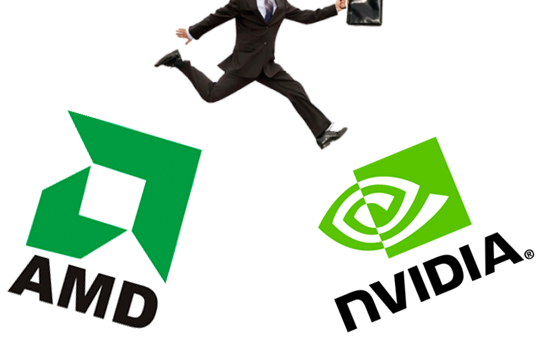 "The volume of materials that these three defendants collectively transferred to storage devices, each of which is unaccounted for, as they left to work for AMD's competitor, exceeds 100,000 electronic files," AMD claims.

Not only is AMD accusing these ex-employees of stealing sensitive documents, AMD says that the former VP violated a "no-solicitation of employees" promise when he worked on bringing over other AMD employees to NVIDIA. We're likely to see a court battle where more evidence and details will come out.