Apple's business hasn't been doing well as of late. It's stock is the lowest its been since February of last year. Now, Apple has just lost their Vice President of Retail, Jerry McDougal. McDougal is said to have left the company to "spend more time with his family," though this seems a bit fishy. 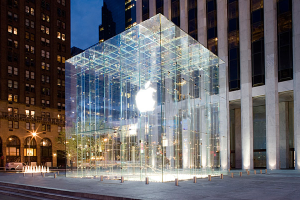 One theory is that Tim Cook passed him over for the position of Senior Vice President of Retail, a position that hasn't been filled since the firing of John Browett back in October. This could indicate that Tim Cook is getting close to nominating a replacement candidate.

Apple has replaced McDougal with Jim Bean, current VP of Finance and someone who has been with the company for 15 years now.