The Red October cyberespionage attacks were thought to have used Excel and Word exploits solely, but new data by a different set of researchers suggest that a Java exploit was also used to spread the infection. Israeli IT security firm Seculert was analyzing the Command and Control servers for the attack and found a special folder containing a malicious Java applet. 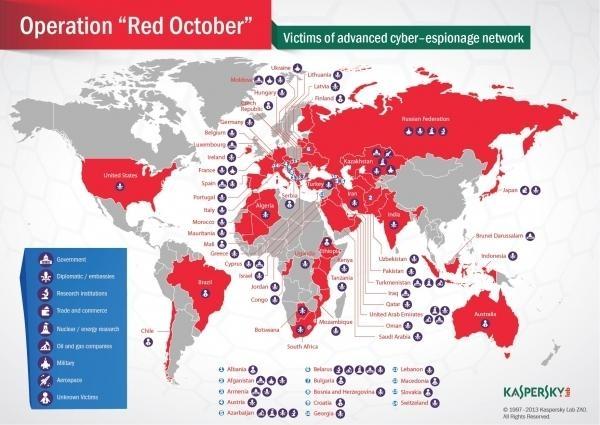 The applet used an exploit that was patched back in October 2011, which suggests that the attackers preferred older, known vulnerabilities and not zero-day ones. The applet was compiled in February 2012, which furthers this theory. This discovery is being credited to the fact that the attackers switched from a PHP server-side scripting language to CGI on the C&C servers.

They left up older PHP-based attack pages, which allowed the source code to be viewed. Full analysis is now impossible as the attackers have shut the C&C servers down, likely to cover their tracks.