Before South Park came along and twisted our minds and caused us to laugh out loud to things we never thought we would, who would've thought that the two co-creators behind the animated comedy would be getting to this point? 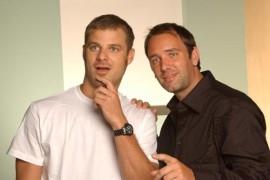 Trey Parker and Matt Stone have announced that they are opening their own movie studio called Important Studio. The first movie to be released looks to be a big screen version of "The Book of Mormon". This is a huge change in how Hollywood traditionally works, but we're seeing more and more creators dealing directly with their fan bases over the Internet, compared to the traditional way of doing things.

The press release announcing the studio had the two South Park creators settling on this quip:

Having worked with several different studios over the years, we came to realize that our favorite people in the world are ourselves.