CES 2013 - ADATA had one of the only working NGFF products on display at CES that we saw. NGFF stands for Next Generation Form Factor and it's the next evolution for SSDs. By moving the SSD away from the SATA bus and to PCI Express, current bandwidth limits are increased by nearly 4x. Before overhead, the PCIe bus will deliver nearly 2000MB/s for the boot SSD.

NGFF also goes under the more marketable name M.2. At this time there are several versions of NGFF, around 15 or so but we hope manufacturers can come together to standardize one or two. Once connector would be even better, this one looks like a winner to me. 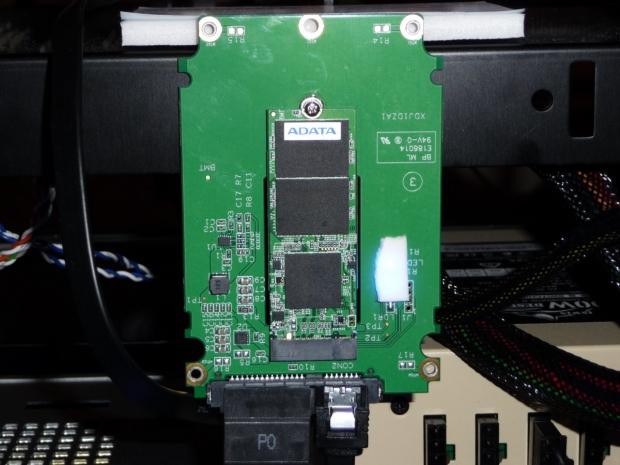 To get NGFF up and running, ADATA teamed with LSI SandForce for the controller. A M.2 to SATA adapter was used, much like the mSATA to SATA adapter we use to test mSATA drives in a desktop. As we mentioned, ADATA was the one company with a unit working at we saw. 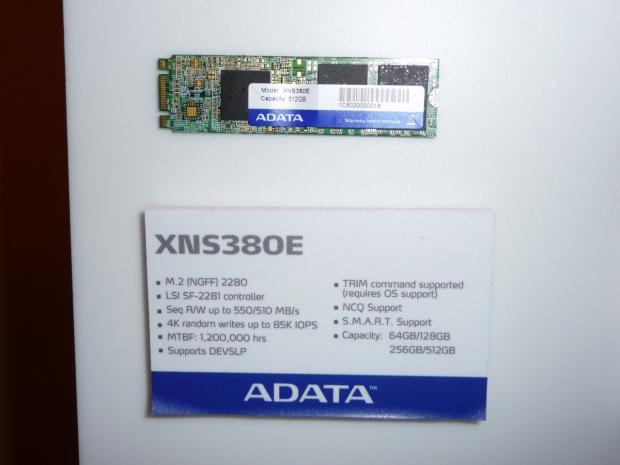 ADATA only displayed capacity sizes up to 512GB but we expect 1TB version around the time of launch, in Q3 2013.

We have a complete section for NGFF in The State of Solid State 2013 article coming out in February.