Sending Facebook founder Mark Zuckerberg a message on the service will now cost you a cool $100. The social network's Pay-To-Message plan has a normal price to message someone you are not friends of a mere $1. 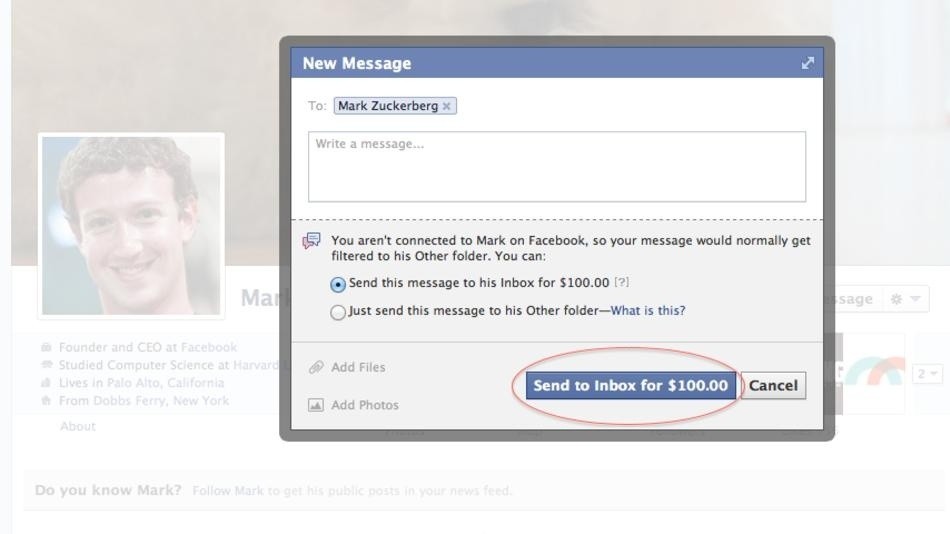 We get it, Zuckerberg's official account most likely receives thousands of unsolicited messages a day, and that has got to be annoying. What we don't get is why the $100 fee. Facebook could block all non-friends from messaging Mark with no important messages lost.

Facebook has said that it would like to begin experimenting with amounts larger than $1 for its pay-to-message service, but we were thinking that it would be something on the order of $5-$10, not $100. What do you think about having to pay to message someone who is not your friend?

Let us know in our free-to-post Facebook comments below!