CES 2013 - Since AIOs are so popular these days, Zalman is jumping into the game and is now offering their own trio of LQ series coolers. In the image you can see the thick radiator, LQ320, and they are also offering smaller ones including the LQ315 and LQ310. After having it explained that the LQ320 has more surface area than an H100i, I for one an eager to get to test one, or all of these when I return home from CES. 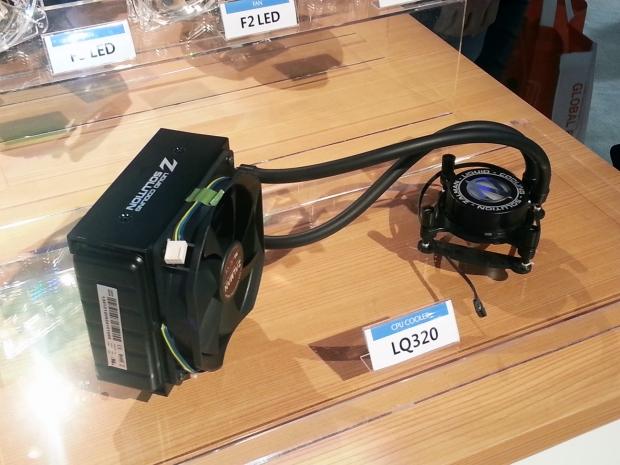 If you want an AIO, but ant to step away from the standard offerings, Zalman is also offering this AIO billed as the CI Water Cooler. Essentially using one of their air coolers to send the liquid through its 8mm heat pipes, this unique take on an AIO will appeal to those who are looking to use something that the average Joe may pass on. 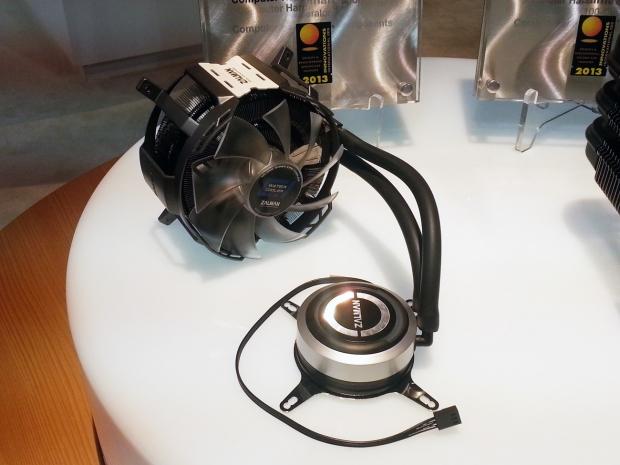 In the air cooling market Zalman is offering a passive cooler called the Cube. This cooler is comprised of six radiator sections, and while huge, promises to offer good thermal results with absolute silence. It also has the ability to take on a 92mm fan for those situations, such as overclocking, where its passive nature may need a little additional help. 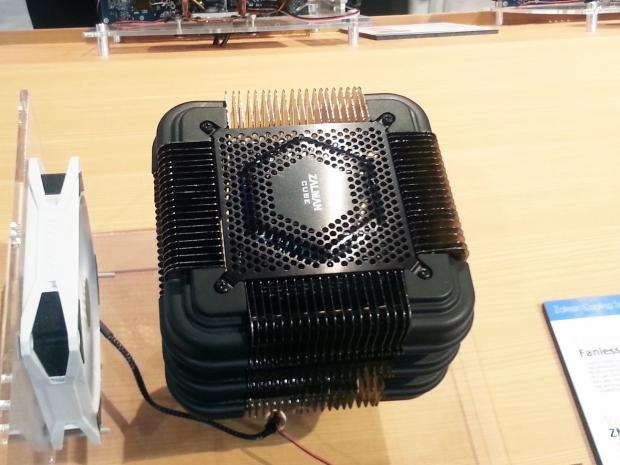 For those looking for air cooling that will cover the majority of the motherboard, but comes with enough fan power to keep your processor cool. The CNPS-12X has three fans to keep this tower cool, but since they run at only 800RPM, this massive cooler will also offer both performance and near silence. 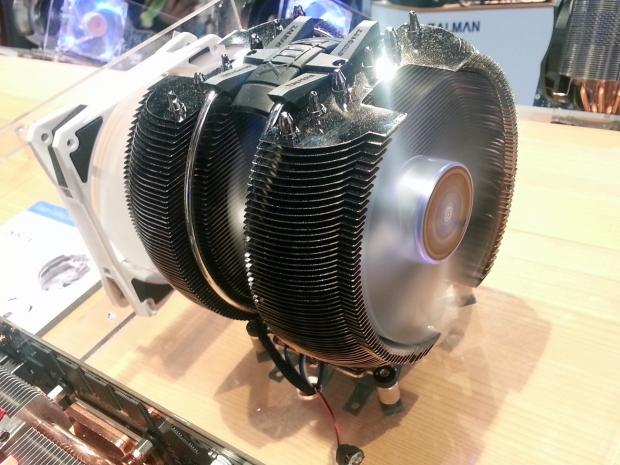 No matter what your taste in CPU cooling, over this next year Zalman may very well draw your attention as they really seem to have expand for themselves the market and are covering all of the bases!