It's not like you or I did not see this coming in this smart device heavy world, but PC sales are now dropping according to new data from analysis firm IDC. IDC's latest data from Q4 2012 "marked the first time in more than five years that the PC market has seen a year-on-year decline during the holiday season". 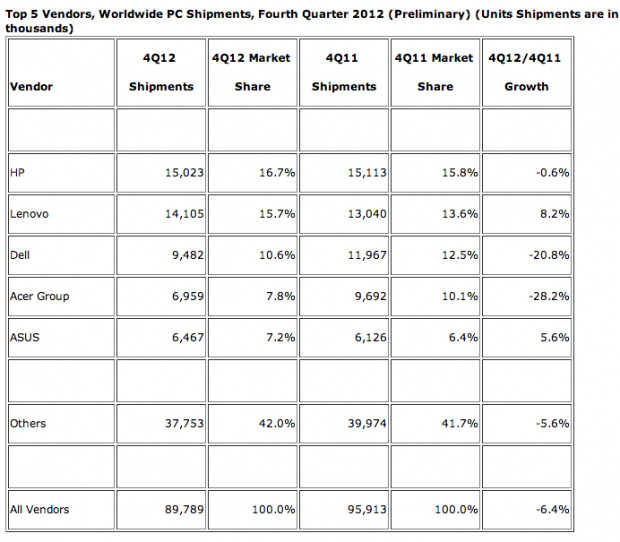 The analysis firm said that although Windows 8 has launched, worldwide PC shipments reached 90 million units which is 6.4% lower than what they reached last year. Jay Chou, Senior Research Analyst with IDC's Worldwide Quarterly PC Tracker said in a statement:

Although the third quarter was focused on the clearing of Windows 7 inventory, preliminary research indicates the clearance did not significantly boost the uptake of Windows 8 systems in Q4. Lost in the shuffle to promote a touch-centric PC, vendors have not forcefully stressed other features that promote a more secure, reliable, and efficient user experience. As Windows 8 matures, and other corresponding variables such as Ultrabook pricing continue to drop, hopefully the PC market can see a reset in both messaging and demand in 2013.

This is what will continue to happen as we shift into a much more powerful world of smart devices. We're already using quad-core smartphones, but once we reach wearable computing with devices like Google Project Glass, where will the PC industry be then? We need more PC-exclusive games to push a new era of high-end systems. That won't happen, unfortunately.