ASRock is teaming up with HWBOT to hold an OC competition based around it's AMD FM2 line of motherboards. The contest runs from January 7th until February 4th. It is opened to all overclockers with ASRock brand motherboards and AMD Socket FM2 CPUs. 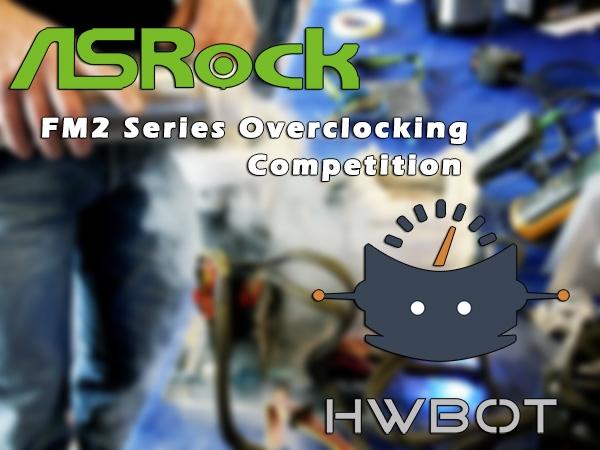 The total prize is worth up to $6,740 and the final champions of the CPU-Z and 3DMark Vantage event will be awarded with a top prize worth $2,170 respectively. The grand prize makes this the most eye catching FM2 competition on the internet.

The contest includes two events: CPU-Z and 3DMark Vantage. The scores will be reviewed on a weekly basis and the highest scores will be the weekly winner. The participant who submits the highest score within these four weeks will be the final champion for each group respectively. The CPU-Z and 3DMark Vantage final champions will be awarded with prizes worth $2,170 respectively.

ASRock is also offering an extra $1,000 cash prize for the entry that breaks the world record of the CPU-Z or 3DMark Vantage test to encourage global overclockers to challenge Nick Shih's A1-A6s scores. For more details about the ASRock Global OC Competition, visit this page