CES 2013 - At SAPPHIRE's suite, they were showing off an extremely small form factor PC based upon the AMD APU. The system was about as small as your average router, which means it is smaller than most set-top boxes. The system actually looks very much like a router and would be perfect as an HTPC. 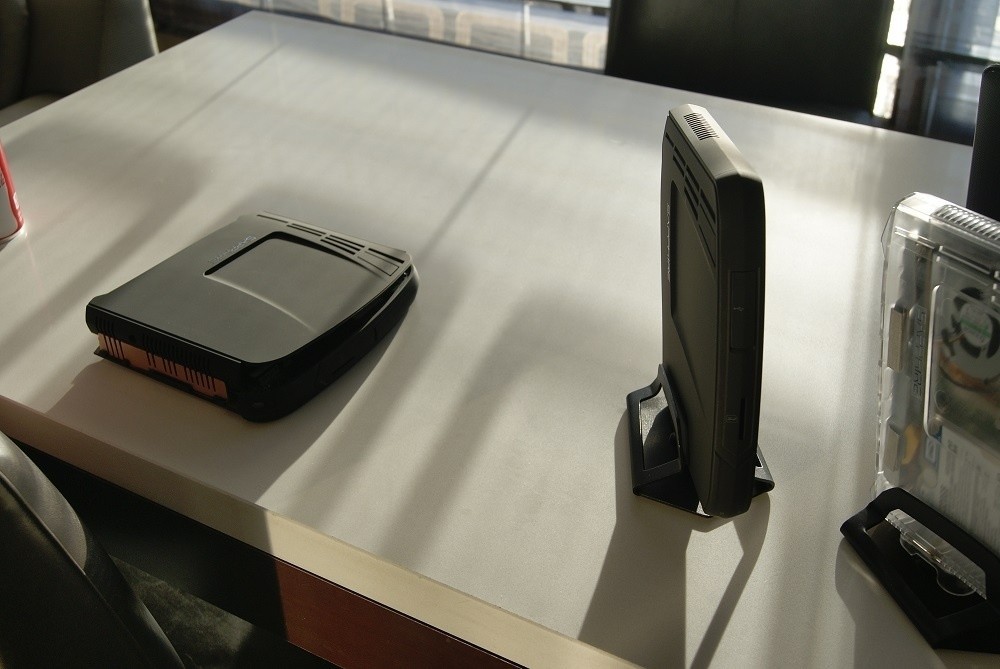 SAPPHIRE bills the system as being good for at home, an engineer, retail, business, gaming, and digital signage. It features either an AMD A4 dual-core or an AMD A8 quad-core, 4GB of DDR3 RAM, an either a 320GB HDD or 500GB HDD, depending on the model. The thing really is tiny and full-featured.