CES 2013 - Gigabyte is producing two new low-profile mini-ITX boards that are used in All-In-One (AIO) systems. These boards have lower clearance requirements than a normal board and utilize SO-DIMM like a laptop. The back I/O panel is also around half-height and Gigabyte has two identical boards, with the only difference being the chipset. 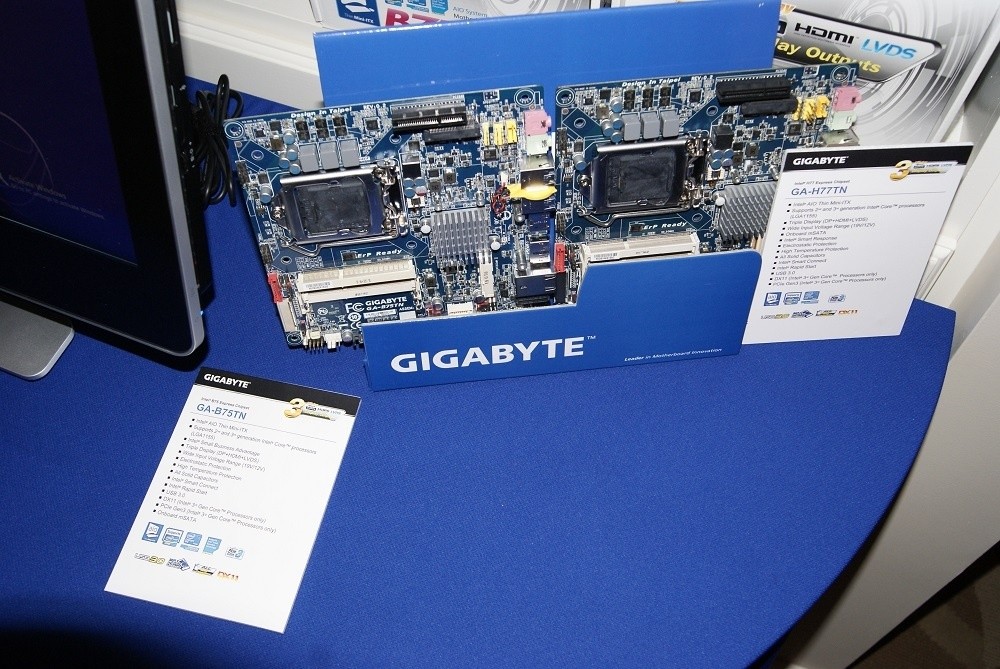 One board features the B75 and the other features the H77. Both boards are identical in looks, layout, everything, except for this small detail. Gigabyte says they are one of the few, if not the only, company making boards based upon the B75 chipset.

In other Gigabyte news, we reported earlier that Gigabyte is virtually the only motherboard maker putting two Thunderbolt ports onto motherboards. They are showcasing the benefits of this by driving four monitors to make up a 4K resolution output device. We managed to see their display in person and grab an image of it in action: 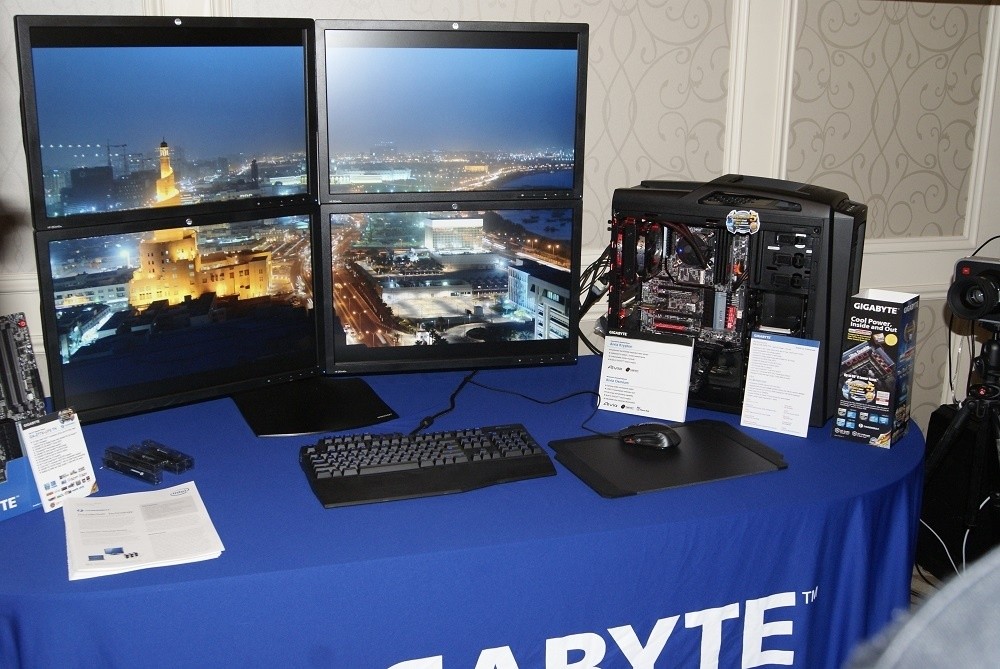