CES 2013 - We just hit the OCZ booth at CES here in Las Vegas where we got an exclusive look at the new Vector PCI-E prosumer / workstation SSD. 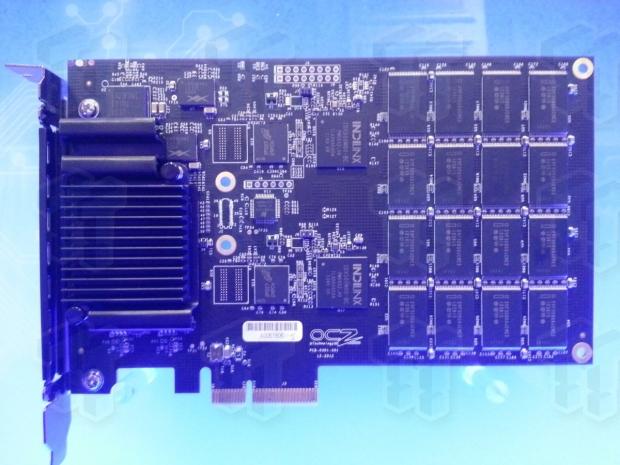 You all should know of the consumer SATA-III Vector SSD, but now OCZ has upped the ante and introduced a PCI-E version for workstations and those with lots of money. It uses a PCI-E Gen.2 x4 interface with two Indilinx Barefoot 3 controllers, which enables it to deliver up to 1000MB/s of read performance and a very solid 140,000 IOPS. It will also come with a five year warranty and comes in sizes of 256GB, 512GB and 1TB. We don't have details on pricing at this stage, but we'll just say, start saving. 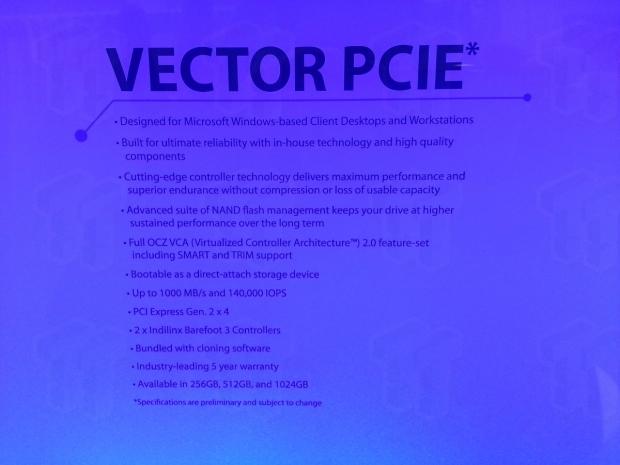 Chris and Paul were able to run some early numbers on the Vector PCI-E as you can see in the photo below. Under ATTO we see read speeds of 1020MB/s and write speeds are not too far behind at around 960MB/s. 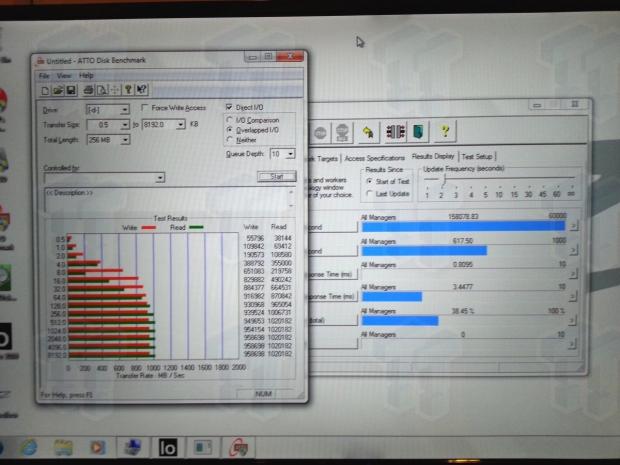 Paul should be getting in one of these drives soon to run through his SSD review scheme - stay tuned!