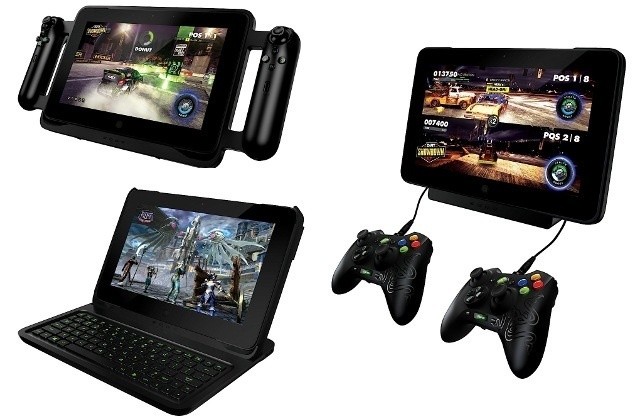 Evolving from a tablet with fixed side panel con rollers to a sleek tablet with 3 separate peripherals: Keyboard, Stand, and Gaming Case, the Razor Edge looks to be everything we were hoping for and even more. The device will come in two flavors that are sure to appeal to the hardcore gaming crowd as well as the causal gamer who just wants a nice Windows tablet.

The standard version uses an Intel Core i5 processor with 4GB of RAM and a 64GB or 128GB solid-state drive, and the Edge Pro comes with the i7, 8GB of RAM, and 128GB or 256GB of space. Both use an Nvidia GeForce GT 640M LE graphics chip, the less powerful cousin to the 640M.