CES 2013 - Yesterday I reported that we would be seeing Valve's entry into the console gaming world this year, and now we have our first look at the new Linux based console. 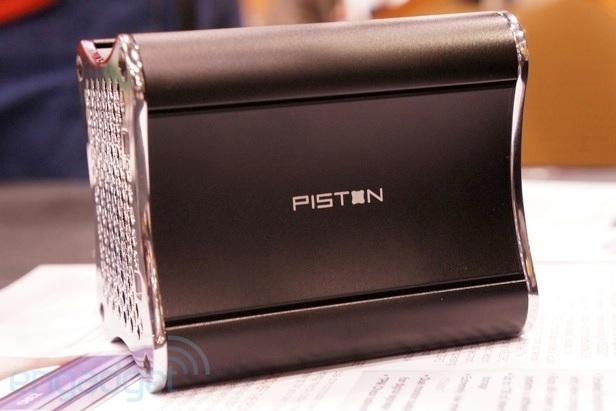 Dubbed the Piston, Valve's console is manufactured by Xi3 and is not a traditional console. The Piston is a little modular PC featuring a quad core CPU of unknown origin or specifications, and it supports storage up to 1TB. It is low power too, said to consume just 40w, but that is unknown if that is under load or at idle.

The coolest feature is that the whole unit is modular like a traditional PC. The motherboard can be swapped out if the official hardware is updated, and we think the GPU is upgrade-able as well. No images of the controller design have surfaced yet, but we are sure that it will be as sleek and awesome as the Piston itself.