CES 2013 - Our resident storage editors Chris Ramseyer and Paul Acorn are down in Las Vegas right now for CES 2013 and hit up Storage Visions before the big show kicks off tomorrow. They've just taken a look at Marvell's DragonFly NVDRIVE + SanDisk X100 SSD and we have a video about it below.

The Marvell DragonFly NVDRIVE sports a SanDisk X100 SSD which is an mSSD module that are connected to the drive and will rock up in various sizes. There's a super capacitor strapped to the DragonFly NVDRIVE which protects the drive (and data) in case of power loss, an NDA controller. 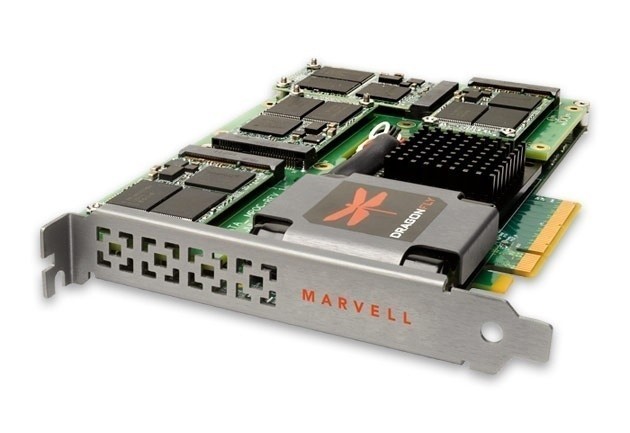 The drive connects through a PCIe 2.0 interface, and the drive will be used in server environments, such as Google or Facebook's servers.