Vizio announced their answer to Google's Nexus 7 challenge, a 7 inch Android tablet is basically spec for spec a Nexus 7. Packaged in a case roughly the size of a Amazon Kindle e-reader, the new tablet from Vizio packs a nice punch. 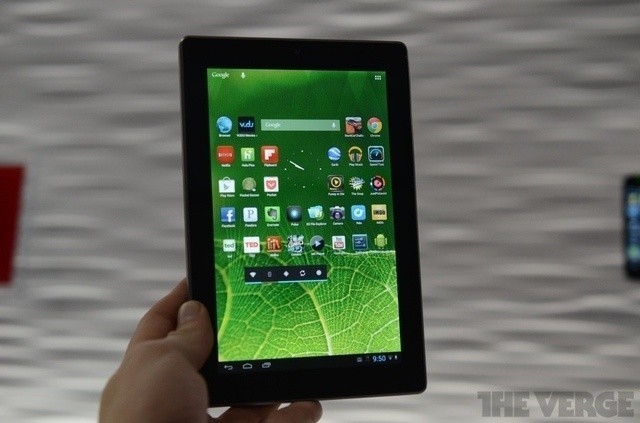 "Most people use the 7 inch devices for reading, which is why the company designed the tablet for mostly portrait orientation use." Vizio's head of design, Scott McManigal said in an interview. The Tablet will arrive sometime in the first half of the year with no word on pricing yet.