'Disney' and 'console' are not two words that I would've thought I'd be writing together about, but here we are. Disney all the way back in June 2011 filed an application for a patent, but it was only recently that the Patent and Trademark Office logged it. 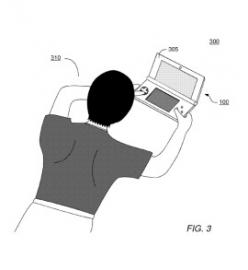 Disney's patent suggests that the behemoth company are working on their own console that would sport 3D augmented reality, including a handheld device. The patent has teased that it is, or will be called 'Toy Box'. The description of Toy Box sound intriguing: "It's gameplay involves various Disney and Pixar characters interacting with each other".

Considering Disney have a plethora of characters under their name, including the Pixar name and now Star Wars - this could be truly game-changing news. It might not directly compete with the Xbox and PlayStation, but it wouldn't need to. Also remember that Pixar and Apple are BFFs... so this could be the work of Apple, or they've at least got their finger in the pie here.

What do you think of a possible Disney console?