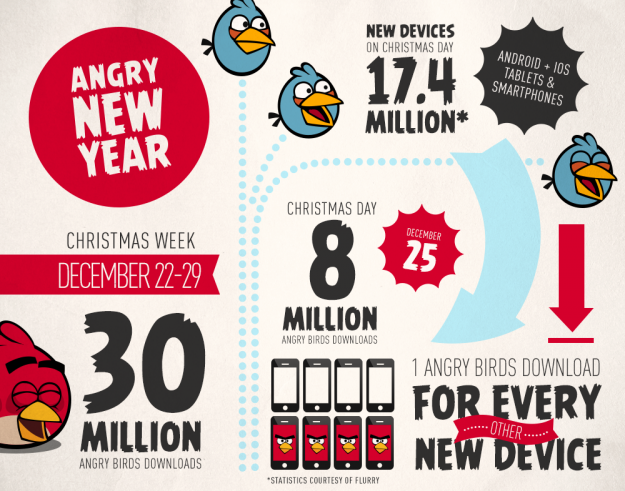 In the picture above, you can see the numbers broken down. According to the graphic, there was one Angry Birds download for every other new device on Christmas Day. Of course, not every single one of those downloads was a sale, but I'd venture to guess at least 20 percent or more were, meaning the company netted some serious cash.

Of course, this fad will eventually fall by the wayside and Rovio hasn't shown an ability to create games other than those set in this universe. It will be interesting to watch how the company reacts--and what games it produces--when this happens.