The latest rumor from the mill places Apple as releasing an iPhone mini this summer that would set customers back less than $250. The rumor comes courtesy of Neil Mawston from Strategy Analytics, who told CNET that he believes Apple will launch an iPhone mini. Samsung is dominating the smartphone wars because of its wide variety of mobile devices across the cost spectrum. 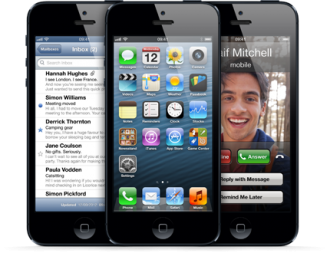 This new iPhone mini would cost less and would cater to those on pre-paid plans who can't afford the current iPhone. He expects it to be released in the next three years. Another analyst agrees with Mawston and places the launch as early as this summer, with pricing being somewhere between $200 and $250.

It would likely be a chopped down version of hardware, much like the iPad mini, if it ever does materialize. Treat this rumor with a grain of salt until something a bit more concrete is found.