Charlie the Unicorn has made a return to YouTube. One of the first major hits on YouTube, the show hasn't released an update in three years. But that has all changed with the release of Charlie the Unicorn 4. This mini-adventure sees Charlie visiting the moon, defeating Millipede, and does all of this with the help of Starfish.

Charlie originally hit YouTube back in 2005, the same year as the launch of YouTube. It garnered over 60 million views and had sequels released in 2008 and 2009. Check out the video if you're a Charlie fan and let us know what you think of the sequel. 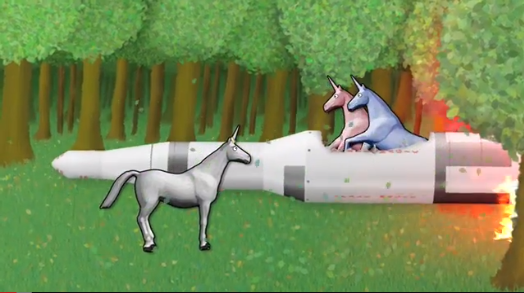