Elon Musk, CEO of SpaceX has released images and video of the company's new Grasshopper rocket design taking a test flight. A six-foot tall mannequin dressed as a cowboy, was on board for test flight which ascended to 131 feet, hovered for a few seconds and then proceeded to land back on the launchpad in its original position.

The new rocket is currently in development and just entered it's testing phase last month. SpaceX is developing the grasshopper to hopefully have a lift stage that is reusable, and will land itself back in the upright position. This will significantly cut down on waste, material cost and the expense of having to send a ship to "rescue" the rocket from an ocean splash down.

SpaceX designs, manufactures, and launches the world's most advanced rockets and spacecraft. The company was founded in 2002 by Elon Musk to revolutionize space transportation, with the ultimate goal of enabling people to live on other planets. 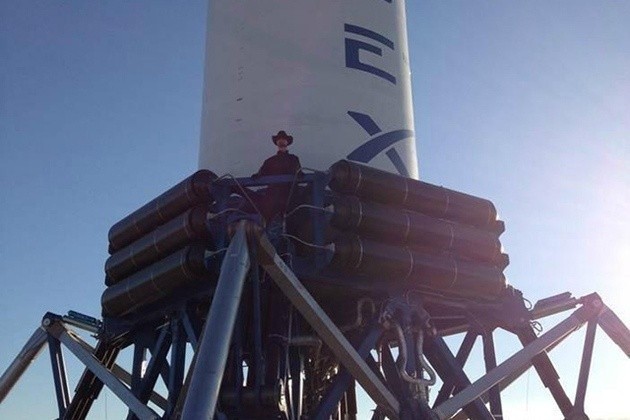