Apple users were patiently waiting for the true maps application to come out, after Apple tripped over themselves releasing the iPhone 5 and iOS 6 with its lackluster navigation app. 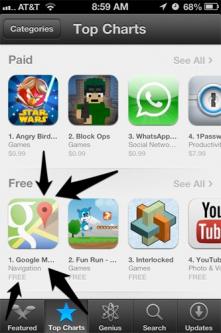 Well, Google released Google Maps for iOS last week and it has since passed 10 million downloads. The news comes from Google's Senior Vice President of Commerce and Local, Jeff Huber.

It goes to show the power of Google Maps, and just how popular they are. Apple are going to have a very rough road ahead of them for bringing users back to their Maps app, even if it went through huge changes.