Skywatchers across the globe are in for a major treat tonight as the Geminid meteor shower peaks tonight along with a new unnamed meteor shower. With the moon at its new phase tonight the skies will be as dark as possible for the breathtaking event which is expected to produce around 100 "shooting stars" an hour.

To view the event you simply need to lay on your back and watch the constellation of Gemini. The meteors will seem to magically appear from that constellation. The action will be taking place all night with things really heating up starting at 10:00 local time and going into full effect around 2am. "Meteors from the new shower (if any) will be visible in the early evening, with the Geminids making their appearance later on and lasting until dawn," Bill Cooke, head of NASA's Meteoroid Environment Office, said in a statement.

For those of you unfortunate enough to have cloudy skies tonight like me, NASA will host a live web chat overnight from 11 p.m. to 3 a.m. EST (0400 to 0800 GMT), complete with live video of streaking meteors captured by a special camera at NASA's Marshall Space Flight Center in Huntsville, Ala. It will all happen here: 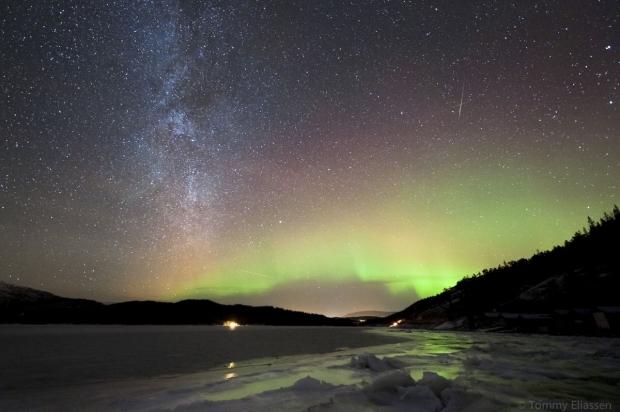