Samsung isn't missing a chance to take a shot at its fierce rival, Apple. A marketing campaign has popped up in Australia, where the police have issued a warning that Apple Maps may put your life in danger, at least if you're trying to reach the city of Mildura. 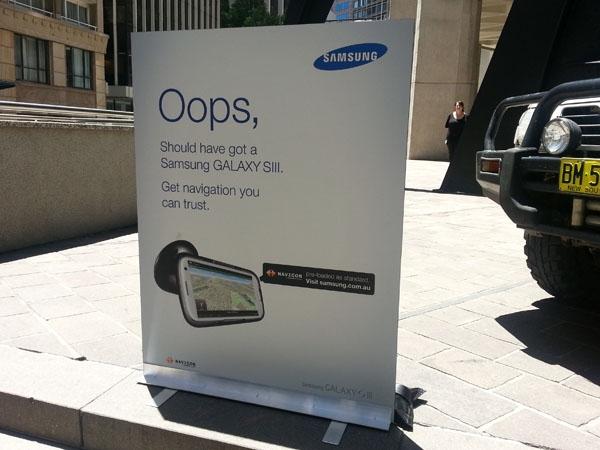 Apple Maps instead leads you to the middle of a national park, which just happens to be in a really hot part of the country with limited water. With it being summer Down-Under, this is a bit of a problem. As you can see in the picture above, Samsung has placed a 4x4 SUV in Sydney, Australia, with a tent and sign next to it.

"Oops, should have got a Samsung Galaxy S III. Get navigation you can trust," the sign reads. Is this a good marketing campaign? What are your thoughts on it? 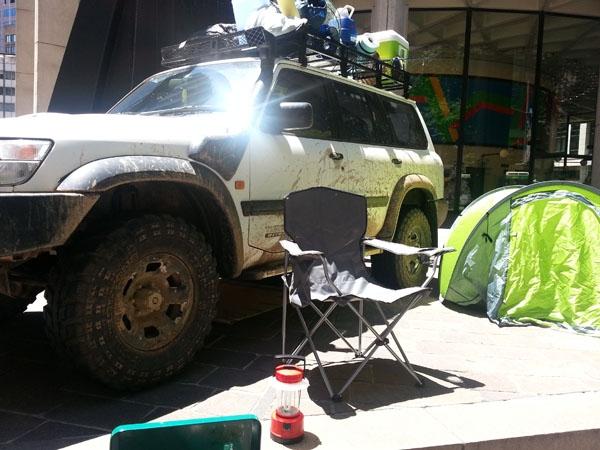