Kim Dotcom has been making headlines nearly every week since that January raid on his mansion in New Zealand. It turns out that the Government Communications Security Bureau had illegally spied upon Dotcom and Bram Van der Kolk. The GCSB is not permitted to spy upon New Zealand residents. Oops. 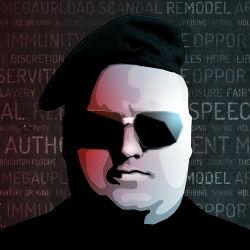 Now, thanks to a High Court ruling, the GCSB is going to be required to share details of their secret and illegal spying upon Dotcom and his co-defendant. The 16-page ruling has a lot of details in it, but the main idea is that the GCSB will become a co-defendant in Dotcom's lawsuit against New Zealand's Attorney General.

The GCSB will also be required to share any info sharing agreements that it had with local police and US authorities. This means that we should find out if the GCSB was passing along information to the US Government or its agencies. "Lets see about US involvement in illegal GCSB spying on New Zealand residents," wrote Dotcom on Twitter. "The truth will come out, in court."