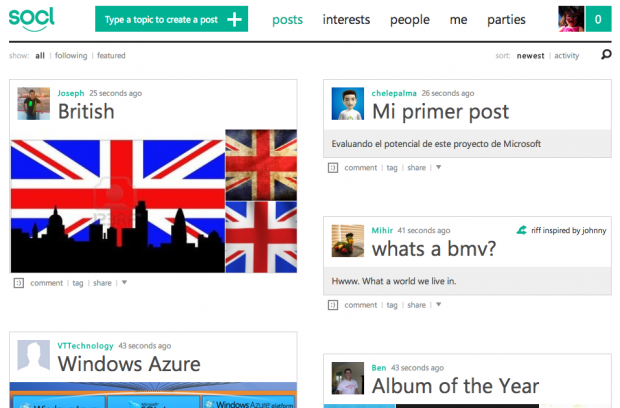 There was a beta up until its launch that was limited to a handful of people, but now anyone who sports a Facebook or Microsoft account can sign up for free. Not that most people really care, as Facebook has (for most of us) become such an integral part of our everyday lives. I think Microsoft, and even Google, will find it next to impossible to combat this without some fundamental changes in their respective social networks.

Socl looks nice, but I'm so invested in Facebook it's hard to switch. Who knows how much longer Socl will be here for, but since it has an official launch, and it's Microsoft, you can probably place bets that it'll be around for a little while longer yet.