Hold on, everyone, we've got a price war developing. Everyone will likely remember that Google dropped its pricing for Cloud Storage by 20 percent earlier this week ahead of Amazon's big convention-thing. Well, now that Amazon has announced it's cutting its S3 prices, Google is further dropping prices by 10 percent. 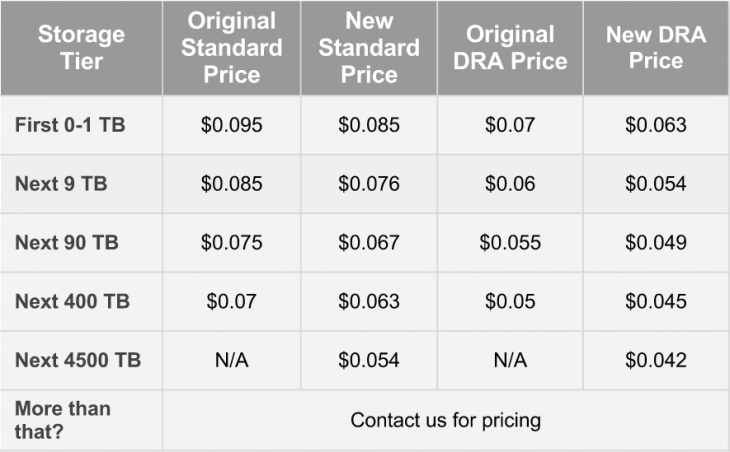 This brings the total Google price drop to 30 percent, which is quite the decrease in pricing. The chart seen above contains the old price and the new price. Google had the following to say about the price drop:

We are committed to delivering the best value in the marketplace to businesses and developers looking to operate in the cloud. That's why today we are reducing the price of Google Cloud Storage by an additional 10%, resulting in a total price reduction of over 30%.

It will be interesting to see where this price war leads. Either the two companies will realize that both are losing out by dropping prices, or we could end up seeing some really low cloud pricing until one company says "enough" and stops dropping prices.