It's about time we got some competition out of China, where they're close to unveiling details on a new 8-core processor designed and developed entirely within the country of China. The new CPU is a custom design and ready to take on competitors Intel, AMD and ARM in the PC, server and supercomputer categories. 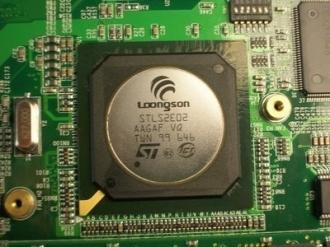 Development on the chip began over a decade ago in 2001, by Loongson Technology, a group that receives funding from the Chinese Academy of Science. The first processor they developed was the 32-bit Godson-1, which was followed by the 64-bit Godson a few years later and since then, the chips have been used in low-power notebooks since 2008. Late last year, the Shenwei supercomputer was turned on, and powered by the same design.

The latest chip out of the company is the Godson-3B1500, which sports a 1.35GHz clock speed, and is capable of performing 172.8 gigaflops of performance while chewing just 40W of power. The chip is manufactured under a 32nm process, sporting 1.14 billion transistors. Loongson CPUs aren't compatible with Microsoft's WIndows OS, which will hinder its adoption - big time. There are still plenty of places this chip is destined to reach - mobile devices being an absolutely huge market, for example.

We should see full details on the new processor at the International Solid-State Circuits Conference in San Francisco early next year.