Samsung just can't seem to escape being sued lately. After losing to Apple to the tune of $1 billion, Ericsson has now filed a lawsuit against the South Korean electronics giant claiming that they have refused to sign licensing agreements for some of Ericsson's patents, even after two years of negotiations. 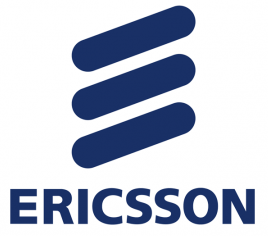 The dispute concerns both Ericsson's patented technology that is essential to several telecommunications and networking standards used by Samsung's products as well as other of Ericsson's patented inventions that are frequently implemented in wireless and consumer electronics products. Ericsson has concluded that it has no option other than legal action after negotiations have not been successful since Samsung has refused to take a license on FRAND (Fair, Reasonable and Non-Discriminatory) terms

Chief Intellectual Property officer at Ericsson, Kasim Alfalahi, has said that this is the last resort and that the company did their best to try and settle the matter with Samsung without having to involve the courts. The lawsuit has been filed in the District Court for the Eastern District of Texas.

"Ericsson has tried long and hard to amicably come to an agreement with Samsung. We have turned to litigation as a last resort," Kasim Alfalahi, chief intellectual property officer at Ericsson, said in the statement.