Nintendo has come out and confirmed the Wii Mini after a few leaks had made the device's launch not-so-secret anymore. The new Wii Mini will only play Wii games and will lack support for the older GameCube games and lack the ability to connect to the internet. This means no eShop or online features in games. 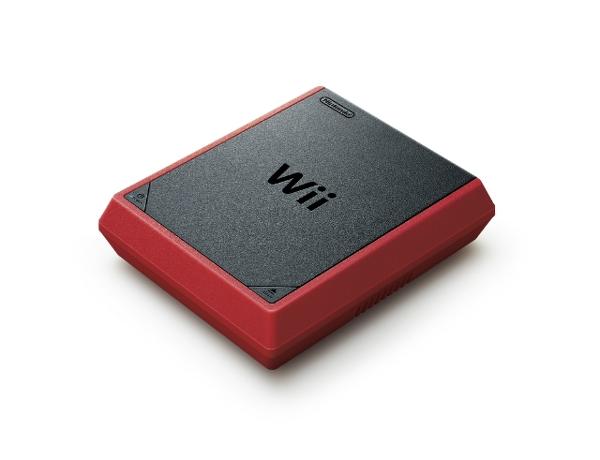 Sadly, the Wii Mini is currently only slated to show up in Canada and Nintendo has said they don't currently have any plans to bring it to other markets. "The system launches in Canada on December 7th with a suggested retail price of $99.99. No announcements have been made regarding other regions."

"There are games in the Wii library for every type of player," said Ron Bertram, Nintendo of Canada's vice president and general manager. "Wii Mini is a great gift for the holidays that brings everyone in the family together to play. Wii Mini has a mini price, but it's all about big fun."

The new system is smaller than the older Wii, but by how much, it isn't exactly clear. It appears they have ditched the slot-loading drive in favor of a top-loading one instead. The sides of the device are a matte finish and it features red trim around the edges and a matching red controller and nunchuk.