Android users who have been enjoying their life of anonymity when leaving reviews for apps and games in Google's Play Store will no longer have that luxury as Google will now have reviews tied to a user's Google+ account. 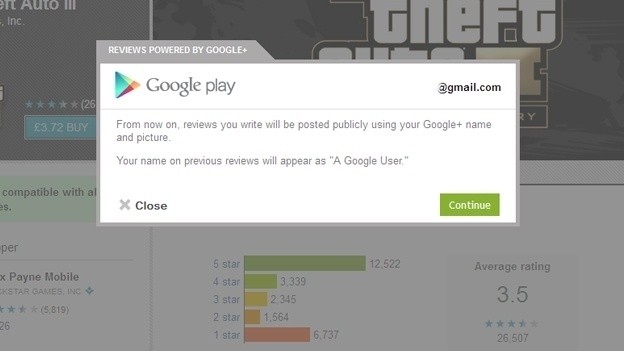 When a user attempts to write a review from now on, a message will pop up indicating reviews will be "Powered by Google+" as reviews will now link to a user's Google+ account by attaching a user's name and picture from the company's social media site to each the user's review. For reviews that were published before the change, those users' previous usernames will be switched to "A Google User."

Google has been pushing its cross-platform linking between Google+ and its other, more successful properties, the latest linking a user's Google+ account to their YouTube account. Today's news may be another way for Google to push its Android users to use Google+ or at least update it with their name and a photo if they would like to have their reviews taken more serious.