The next time you fire up your Xbox 360 to attempt to catch up with all of hot games that came out in the recent weeks, your game time will be halted for a few moments as Microsoft has issued a mandatory system update today that will be rolled out today. 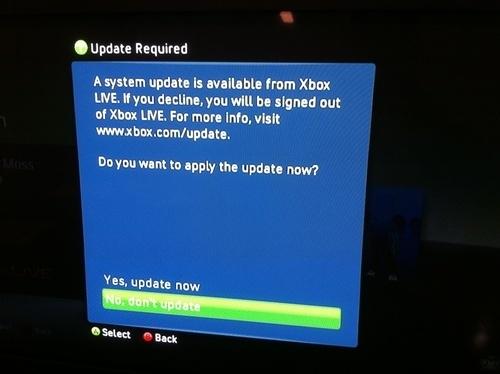 The mandatory update being released today will fix some errors with Xbox SmartGlass, Xbox Video and Xbox Music.

For those who are currently signed into Xbox Live, you may be signed out in order to accept the update. Hopefully this won't happen as you're having the best game of Halo 4 or Black Ops 2 of your life. Just be happy this isn't as "mandatory" as the updates are on the PS3 as those updates can put a serious damper on your gaming time.